“How did you become such a good leader?” someone asked Nelson Mandela.
“Because I learned to speak last,” Mandela succinctly replied.
He recalled that as a child he’d accompanied Jongintaba, the tribal king who raised him, to meetings. At these meetings Jongintaba would gather his men in a circle and wait until they’d all spoken before he himself spoke. 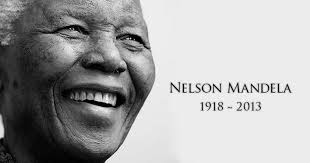 Later, as a leader, Mandela would practice this lesson in his own meetings. “The chief’s job,” Mandela said, “is not to tell people what to do but to form a consensus. Don’t enter the debate too early.”

Richard Stengel, the journalist who worked with Mandela on his autobiography Long Walk to Freedom said Mandela would hear his colleagues’ opinions and end meetings by summarizing their points and offering his own, “subtly steering the decision in the direction he wanted without imposing it.”

As leadership expert Simon Sinek explains: “You don’t agree or disagree or give away what you’re thinking – but rather, you take input and you ask questions to better understand where their perspective comes from. And, at the end of it, not only do you make everyone else feel heard, but you also get the benefit of all of their thinking.”

“Great things in business are never done by one person. They’re done by a team of people.” – Steve Jobs

Rivonia Premier Lodge is located 2kms from Liliesleaf Farm (now a world-class museum), where, in 1961 Nelson Mandela hid out to escape the attention of the Apartheid police force.